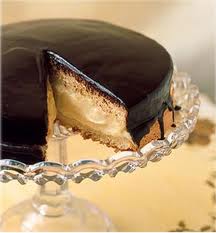 My Mom used to make Boston Cream Pie when I was a child.  As I have mentioned before my Mom was an amazing baker.  I loved when my Mom would bake this cake but could not understand why it was called a pie.  So I "Googled" it.  Here's what I found out on the  JoyofBaking.com -


There are two questions that immediately come to mind when you hear Boston Cream Pie.  One is "Why is it called a pie?", and the other is "Why the name 'Boston'?". To answer the first question of why "pie" instead of "cake", it is probably because colonists baked their cakes in pie tins as they did not own cake pans. As far as calling it Boston Cream Pie, the story began when a New York newspaper in 1855 published a recipe for a 'Pudding Pie Cake'. This recipe was similar to the Boston Cream Pie recipe of today except that it had a powdered sugar topping. From there we go to Boston where a man named Harvey D. Parker opened a restaurant called the Parker House Restaurant. On the menu was a 'Parker House Chocolate Pie', the recipe to which was similar to the New York newspaper recipe except a chocolate glaze had replaced the powdered sugar topping. We are not sure how it was renamed to 'Boston Cream Pie', but Bo Friberg in his book 'The Professional Pastry Chef' thinks "the name stems from the original title (in the New York paper) combined with the reference to Boston."
I've always thought it would make a wonderful cupcake.  One of my best friends found this recipe and decided we needed to make them.  So we planned a baking night to create these little beauties.  They are a little involved but worth every minute.  They are absolutely delicious!!  This cupcake is now the number one cupcake I make on a couple of my friend's lists.  Take the time to try them...you won't be disappointed. 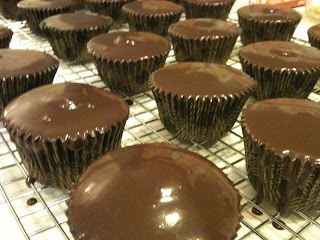 Boston Cream Cupcakesfrom Cook's Country
Makes 12
You may also bake the cupcakes in a greased and floured muffin tin rather than paper cupcake liners so the chocolate glaze can run down the sides of the cooled cakes. 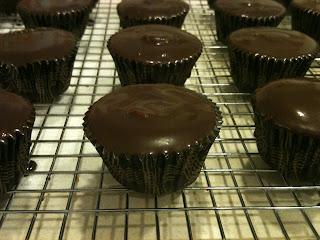 1. For the pastry cream: Heat cream in medium saucepan over medium heat until simmering, stirring occasionally. Meanwhile, whisk egg yolks, sugar, and salt together in medium bowl. Add cornstarch and whisk until mixture is pale yellow and thick, about 15 seconds.

2. When cream reaches full simmer, slowly whisk it into yolk mixture. Return mixture to saucepan and cook over medium heat, whisking constantly, until thick and glossy, about 1 1/2 minutes. Off heat, whisk in butter and vanilla. Transfer pastry cream to small bowl, press plastic wrap directly on surface, and refrigerate until cold and set, at least 2 hours or up to 2 days. 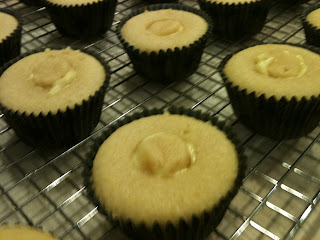 4. With electric mixer on low speed, combine flour, baking powder, salt, and sugar in large bowl. Add butter, one piece at a time, and combine until mixture resembles coarse sand. Add eggs, one at a time, and mix until combined. Add milk and vanilla, increase speed to medium, and mix until light and fluffy and no lumps remain, about 3 minutes.

5. Fill muffin cups three-quarters full (do not overfill). Bake until toothpick inserted in center of cupcake comes out clean, 18 to 20 minutes. Cool cupcakes in pan 5 minutes, then transfer them to rack to cool completely. 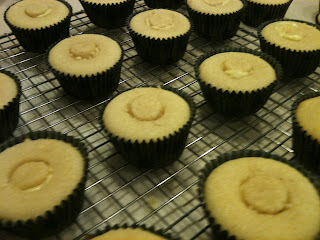 6. For the glaze: Cook cream, corn syrup, chocolate, and vanilla in small saucepan over medium heat, stirring constantly, until smooth. Set glaze aside to cool and thicken for 30 minutes. 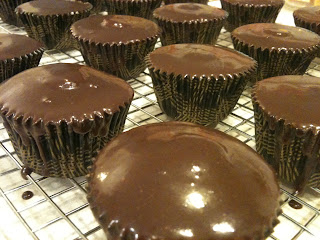 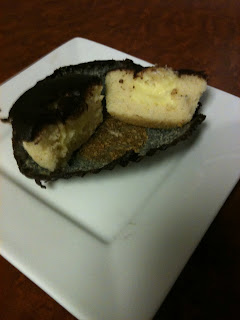