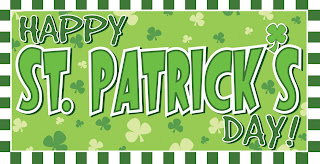 Last year for St. Patrick's day I made Green Velvet Cupcakes.  This year I wanted to be a little more adventurous so I made Irish Car Bomb Cupcakes.  I was a little wary, as I haven't baked a lot with booze and I didn't want the flavors to be too overpowering.  But these recipes married these flavors perfectly.  The Guinness Stout Chocolate Cupcake on it's own is one of the best chocolate cupcakes I have ever tasted.  This cupcake is now in my top 10 favorites.  I took it to my office's annual Pot O' Luck Luncheon and it received rave reviews.  Give it a try.  I'm sure it will end up as one of your favorites too. 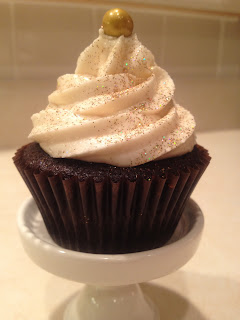 Directions:
Preheat the oven to 350 degrees (F). Prepare cupcake tins with 24 liners, and set aside.

In a heavy-bottomed saucepan, combine Guinness and butter over medium heat. Stir frequently, until the mixture comes to a soft boil. Remove from heat, and add the cocoa powder. Whisk until combined and smooth. Set aside to cool slightly.

In a large bowl, whisk together the salt, flour, baking soda and sugar. In the bowl of a stand mixer, beat together the eggs and sour cream until creamy. Add the Guinness and chocolate mixture to the eggs and beat just until combined. Reduce the speed to low, and slowly add the flour mixture. Beat just until the flour is incorporated, then finish combining using a spatula, folding the mixture together until no white streaks remain.
Fill your cupcake liners no more than half full. Bake for 17 minutes or until a cake tester comes out clean. Allow to cool completely on a wire rack. 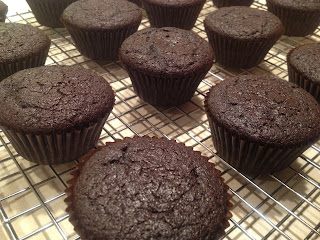 Directions:
Prepare the cupcakes for filling. To do this, hollow out a circle in each cupcake, about 1/2 to 2/3 the depth of the cake. I used the metal edge of my pastry tip, but you can also use a spoon, a knife or a cookie dough scoop:

To make the whiskey ganache, pour the heavy cream into a medium, microwave safe glass bowl. Heat cream in microwave until it's steaming hot, but not boiling. Remove from microwave and add chocolate. Allow the chocolate to sit in the hot cream for 1 minute. Then, using a whisk, stir the chocolate and cream until the chocolate is melted. Add the butter and whiskey and continue to stir until smooth and shiny. Allow the ganache to cool until it's thick but soft. Using a piping bag or a spoon, fill each cupcake with ganache. Prepare frosting. 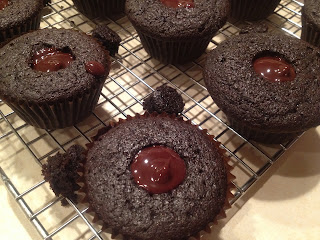 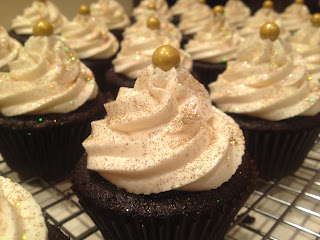 Directions:
To make the frosting, in the bowl of a stand mixer, whip the softened butter until it's pale and fluffy. Scrape the bowl as needed. Reduce the speed to low and add the confectioners sugar. Add the Irish cream and beat the frosting for 3-4 minutes, until very light and fluffy. Frost cupcakes and decorate as desired.  I dusted mine with gold edible glitter and crowned it them with golden sixlets.  These are delicious!!! 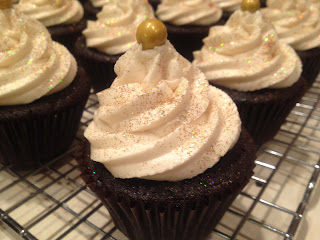 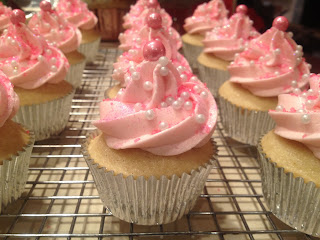 This past year Stef over at the Cupcake Project set out on a quest for the Ultimate Vanilla Cupcake recipe.  I was completely intrigued by this, Vanilla being my absolute favorite cupcake flavor.  When she posted the recipe for, what she declared, was the Ultimate Vanilla Cupcake, I immediately printed it out and placed it in my "must try" stack of recipes.  That was at the end of September 2011. 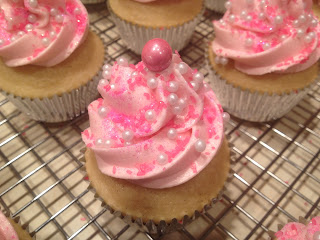 It is now six months later and I have finally gotten around to testing out this recipe.  It is delicious!  I have made it twice this week already, it is that good.  I have posted other Vanilla Cupcake recipes on this blog and they are good, even great but this is the Ultimate Vanilla Cupcake!  Thanks Cupcake Project for this amazing Vanilla Cupcake. 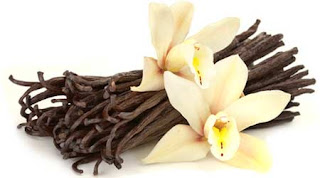 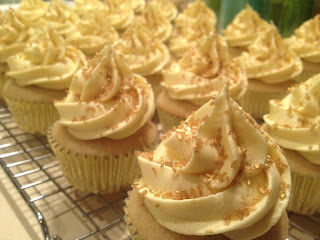 Using the back of a spoon, move around the bowl and apply pressure to break up any clumps of seeds and to better infuse the vanilla flavor into the sugar. Set aside.

In a medium-sized mixing bowl or bowl of a stand mixer, mix together cake flour, baking powder, baking soda, and salt.

Add the vanilla bean sugar and mix until well combined.

Add butter and mix on medium-low speed for three minutes.  Because there is so little butter, you'll end up with a very fine crumb texture.

In a small mixing bowl, whisk together eggs, sour cream, oil, and vanilla extract until smooth.

Add the egg mixture to the flour mixture and beat on medium speed until just combined.

Slowly add milk and mix on low speed until just combined.  The batter will be liquid.  (Don't worry, you didn't do anything wrong.  It's supposed to be that way.) 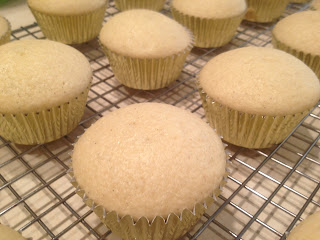 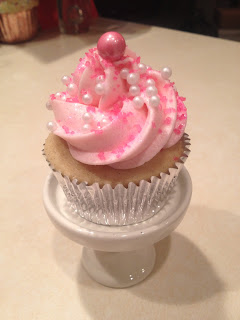 Directions:
In the bowl of an electric mixer using the paddle attachment beat butter and shortening on high until light and fluffy, at least 5 minutes.  Mix in milk, vanilla and salt.  Gradually add powdered sugar until frosting is of the desired consistency for piping.  Using your favorite piping tip, pipe frosting onto cupcakes, sprinkle with your favorite decors. 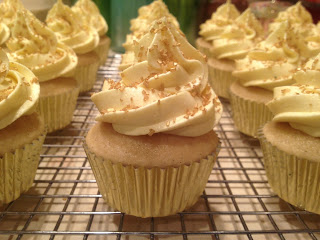